Revisiting a game you developed years ago, Part I

It's a strange feeling coming back to a game you developed years ago and then, quite suddenly, abandoned. The irony is that in 2012 LambdaRogue was in the most polished state it ever had since development started in 2006. It had gone such a long way. 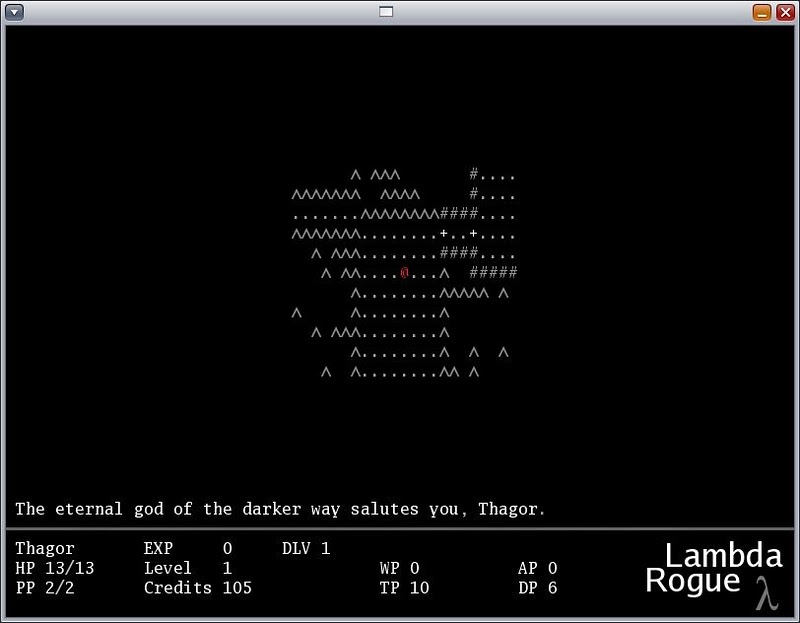 The very first, VERY basic version of LambdaRogue in 2006 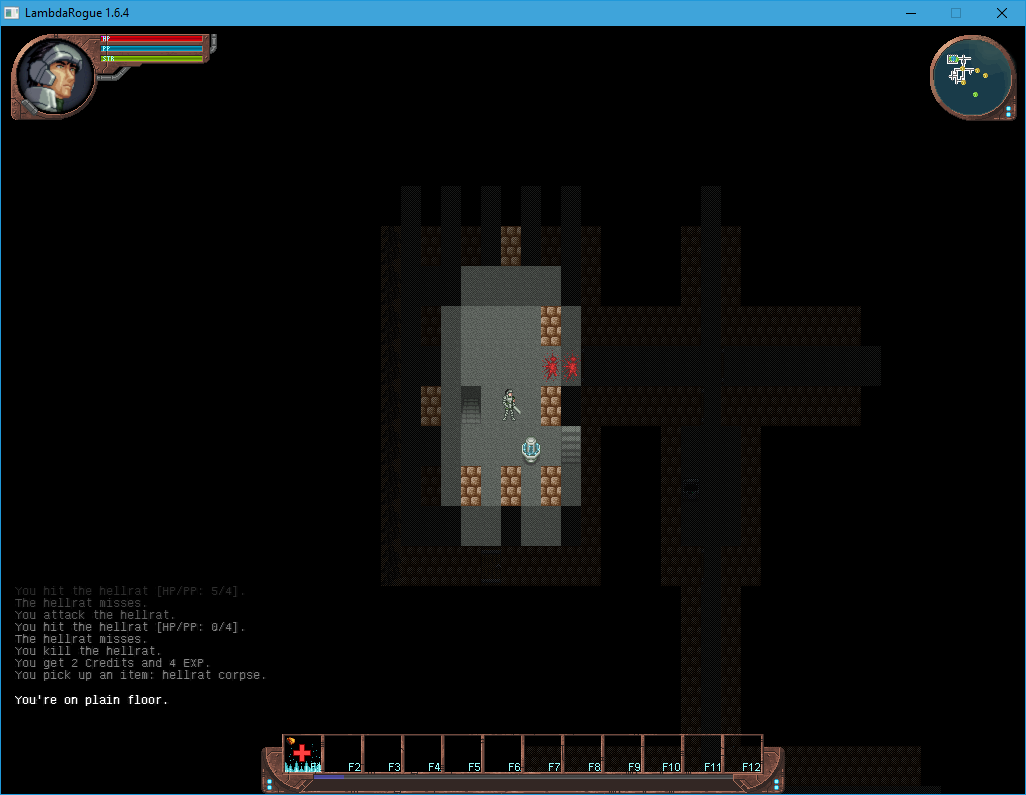 What a difference. The second one looks like an actual game. And feels this way. (That version is the same you can download now from itch.io, except that the itch.io build is newer and includes all patches up to 1.6.4.)

There were no critical bugs in the game, it had quite a lot of content to explore, the balancing was okay, the story coherent, the soundtrack was atmospheric, and just a few months ago it had received professionally designed pixel art by Brasilian artist Cecilia Souza Santos (or Cecilia Favo de Mel, as she was named back then -- you can still read an interview with her at "Temple of the Roguelike").

The game had a not-so-badly-done web site: 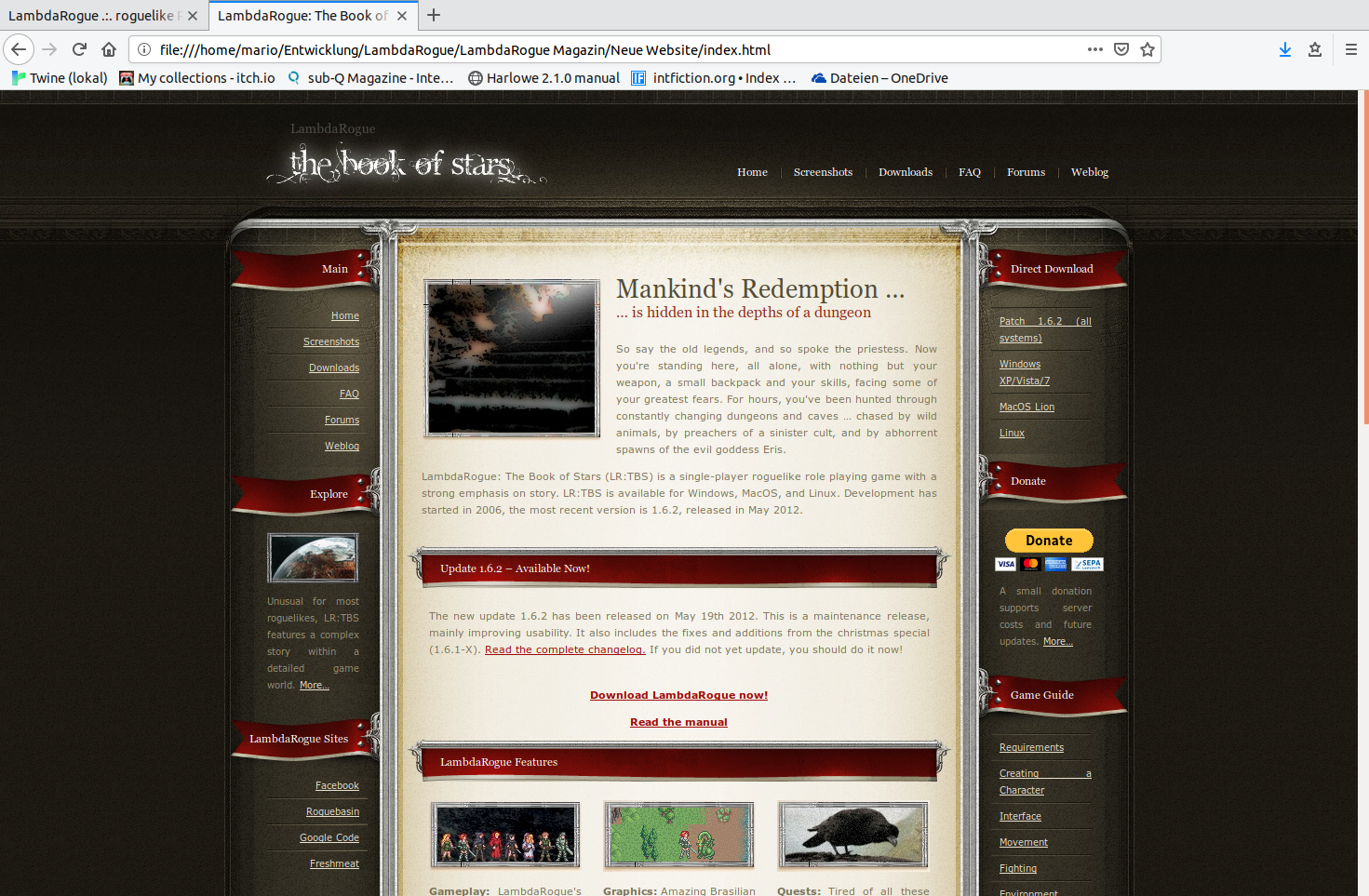 And I even had started to work on an extensive guide book with walkthrough, class guides, and so on: 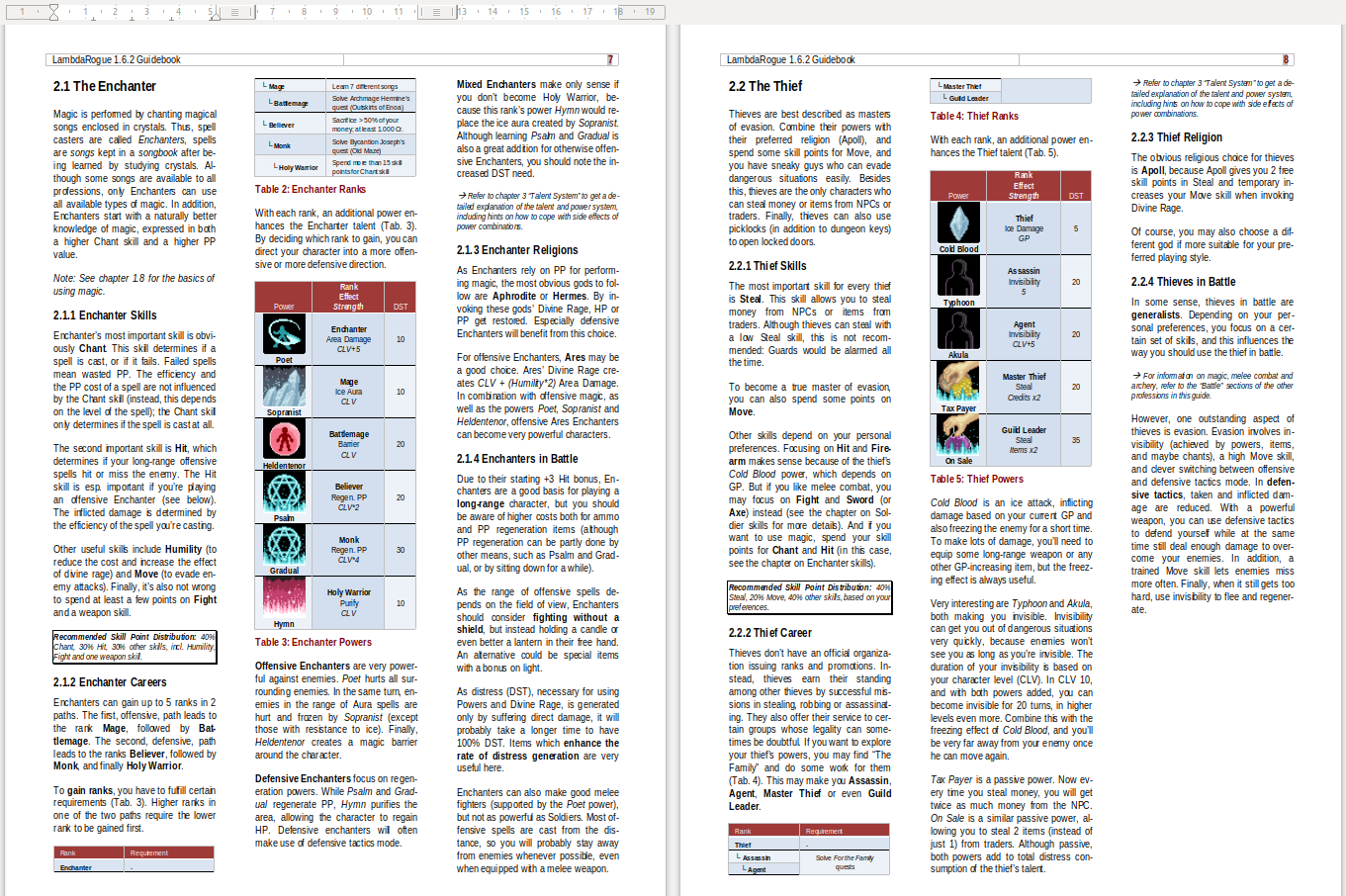 All of that has vanished, even the website domain.

From the Internet archive, I was able to restore the 1st paragraphs of all my development blog posts (but no the actual content, which is a pity, because one of these posts contains some praise I received from players of the game). Anyway, the last three entries were the following: 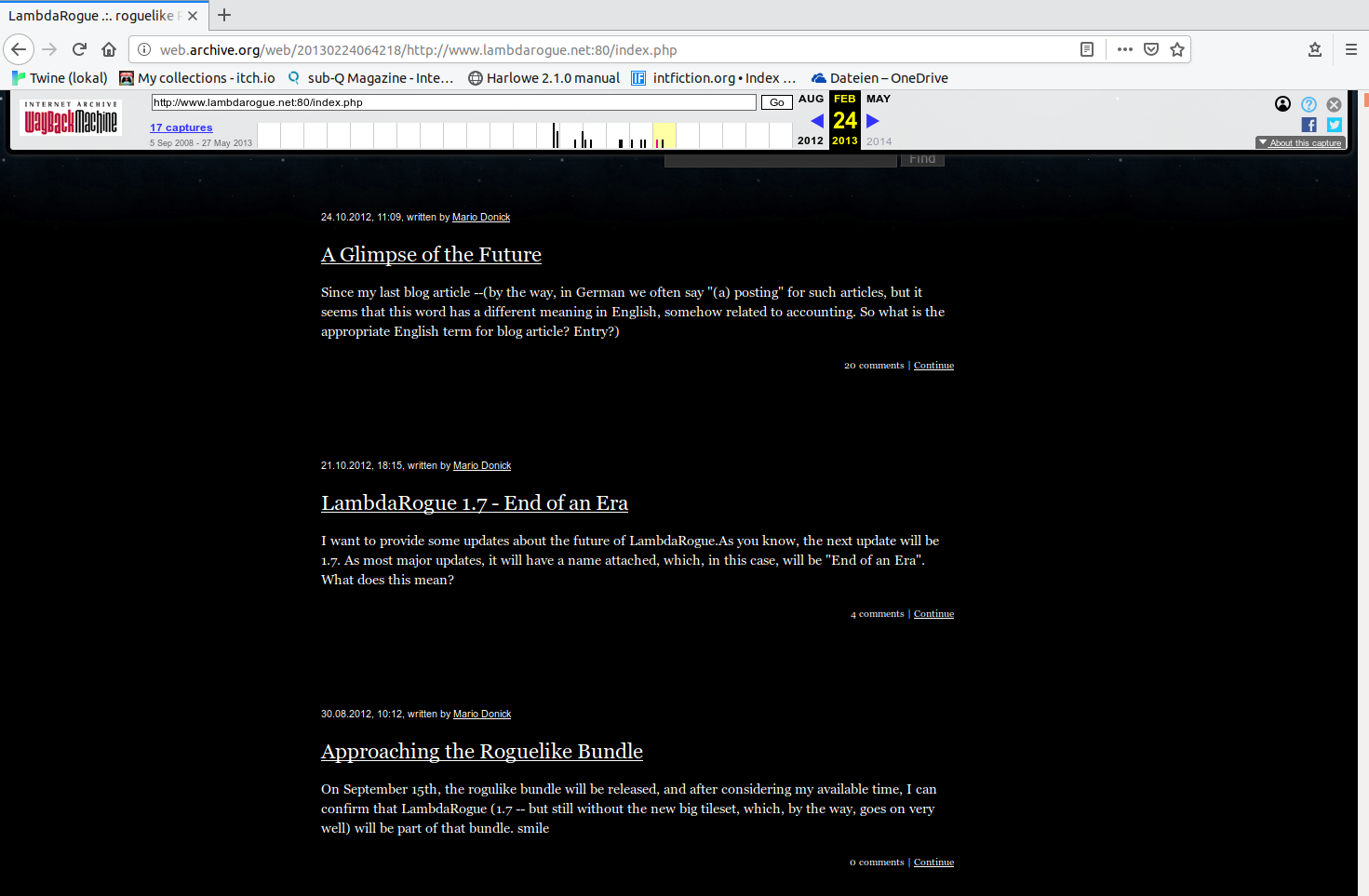 The last development blog posts before everything vanished

Both posts are from October 2012. One says "End of an Era", the other one "A Glimpse of the Future" -- well, only the first one was true, I guess. "End of an Era" referred to a planned new story for the game, but it actually showed as an end of an era for my life. LambdaRogue was a constant for many years, a part of my identity, so to say, and it is only now, when I come back to this game, that I realize this.

Below these two posts is another one from August 2012 -- "Approaching the Roguelike Bundle". The plan was to participate in a roguelike bundle to be released on Steam. For that, I had decided to work on a new version 1.7, more dense both in terms of story and dungeon layout. Basically I wanted to replace all the content that was working fine and stable, because I somehow felt a self-made pressure that the existing game was not good enough for a Steam bundle. Especially the visual side of roguelikes had evolved so fastly during that time (for example with ToME), that I simply felt my game not worthy enough.

Today I think that was stupid, but back then it made me slowly drift away from the project, until I simply gave it no thought anymore, did not visit roguelike forums anymore, and focused on other parts of my life (PhD thesis, marriage, new job, developing flight simulation addons for X-Plane, and learning to fly ultra light planes).

But I missed it. Thankfully, the one thing I did not delete was the project page on the now-defunct Google Code, so I was able to restore the source code and all the art files (graphics, sound). A few months ago I put the game on my personal website, just for archiving sake, and now I think I'm ready to welcome it back to my life.

The next part of this series will cover how playing my own game feels after such a long time (in fact, I have no idea how to finish the game as a player, because I can't remember everything, and my walkthrough document never was finished. Of course I could look in the source code, but that would spoil all the fun).

Wow! What a surprise i didnt  expect LR to be update - cheers man!

Thanks :) In the upcoming weeks I'll post more about what I want to do.