LambdaRogue is a roguelike built on a "virtual" ASCII terminal: Even when you use the game in its default graphical mode, which uses the SDL library, internally everything is represented as a 80x25 console screen. In graphical mode, the internal ASCII characters are shown with a graphical tile on the SDL surface (which is either 800x600 or 1024x768 pixels large). In true ASCII mode, in which you use your Linux terminal or your Windows command line, everything is displayed using the console font you have set in your terminal settings.

For the graphical mode, two tileset sizes are used. The default mode currently uses small 20x40 tiles, but you can also use a bigger tile set of 40x80. The advantage of the bigger set is of course the increased readability and detail. However, while I managed to commission exclusive pixel art tiles for the small set back in 2012, which stylistically fit with the user interface graphics, the current big tileset is a mix of several styles, based on various free old roguelike tilesets. This, of course, does not make for a consistent look, so the small tileset is the default and recommended display method (and if you force full screen in the configuration file "lambdarogue.cfg" in the game's folder, it is even readable on nowaday's large screen sizes ...)

That's why the first decision I made after resurrecting LambdaRogue was to commission 40x80 pixel tiles, in the same style as the existing 20x40 tiles. Work on such a set had started in 2013, but it was not finished. But it will be now, and I'm very happy that my former pixel artist Cecilia Souza Santos was still available (check out her gallery at DeviantArt).

Here's a screenshot of a few of the upcoming tiles (slightly smaller shown here than actual): 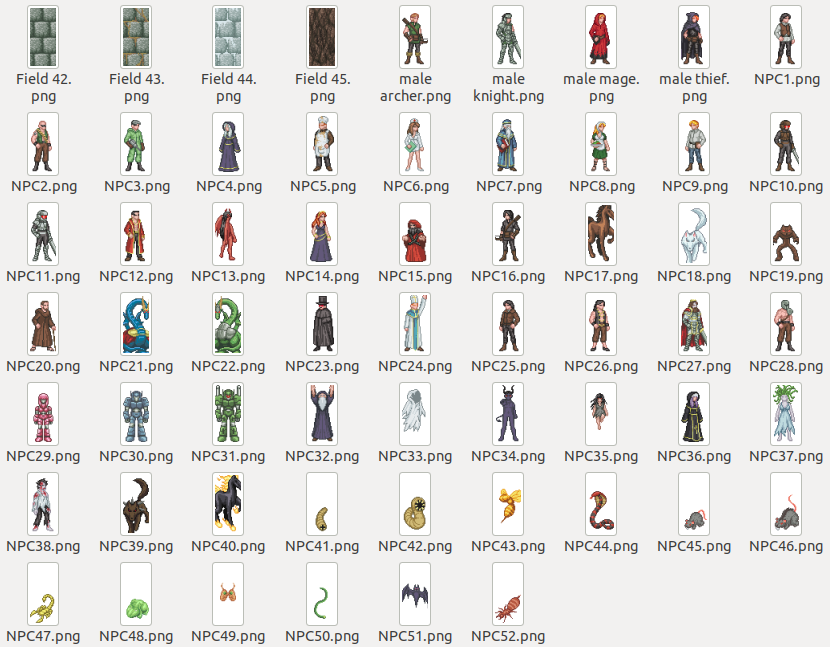 One day I'd like to replace the various graphics for the story mode by pixel art, too, but that is currently out of scope (funding wise). But one day, maybe. For now I'm really happy about how the tiles work out. Everything is much more detailed and fits much better the ideas I have about the look (but which I'm not able to create by myself).